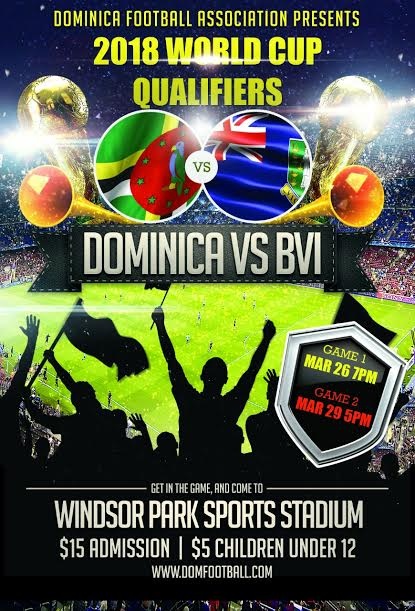 The BVI National Football Squad will be in Dominica to play the first round of World Cup Qualification for Russia 2018.

With a game against Canada in round 2, the reward for the winners of the two leg fixture, the incentives are huge.

Due to the renovations on the A.O. Shirley ground the BVI has to play both legs away from home at Windsor Park in Dominica with the obvious disadvantage of losing home ground advantage.

Both games will be streamed over the internet on the respective FA channels on ComeSeeTv International for $2.99 USD each game:

Optionally, ComeSeeTv has created a Caribbean Football channel that will grant 1 Week access subbscription and will thus cover access to both games for $5.99 USD here: http://live.comeseetv.com/channel/9/caribbean-football/